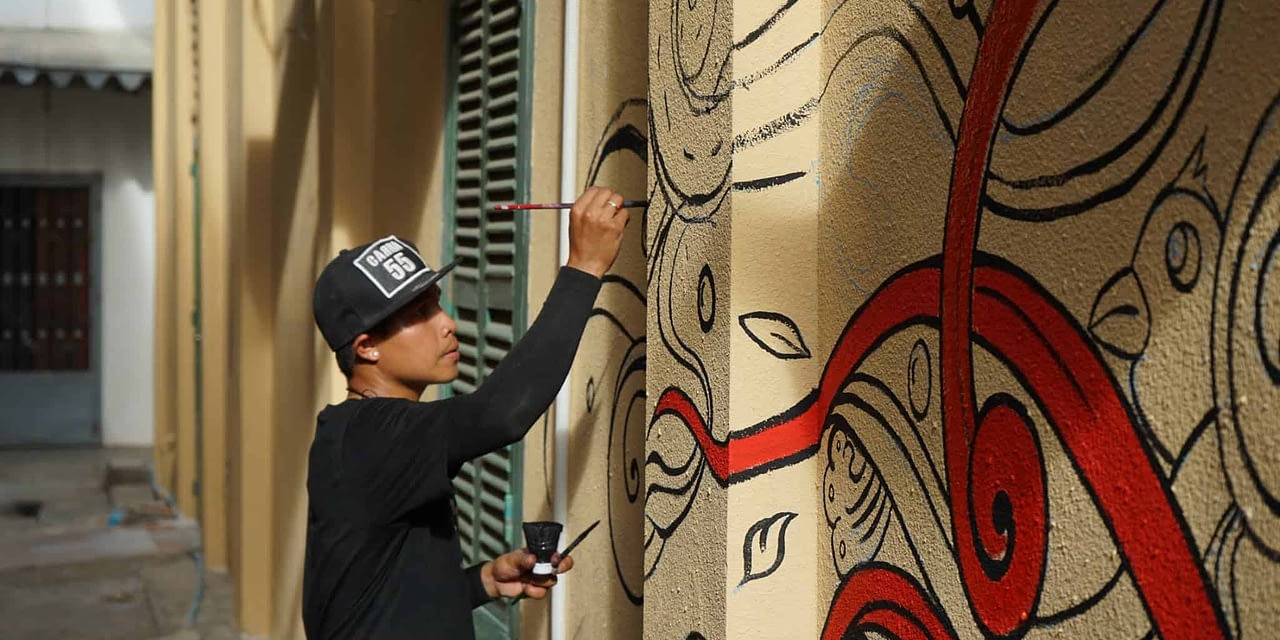 Battambang: Birthplace of Art in Cambodia

Battambang is known for being the birthplace of much of the art in Cambodia, largely as a result of Phare Ponleu Selpak or ‘The Brightness of the Arts’ School and S’Art Urban Art Festival.

During the Khmer Rouge reign from 1975 to 1979, an estimated 90% of the country’s artists were killed or had fled.

Despite being Cambodia’s second-largest city, Battambang resembles a sleepy small town, where life moves a tad slower. Yet, during the 2019 festival, the city was alive, jumping and literally sparkling. It was easy to spend hours just watching some of the murals being painted.

S’Art means beautiful in Khmer and S’Art Urban Art refers to the beauty of Urban Art. The festival is a community-driven biennial event, which aims to promote Battambang as an important city for Khmer culture and art including food, fashion, architecture and visual and performing arts. Phare Ponleu Selpak (PPS) first organized the event on their campus in 2018, to create a more meaningful social impact through arts and play a bigger role in arts & culture education, promotion, and development.
The first S’Art Urban Art event in partnership with Tribe Urban Art Gallery, Siem Reap welcomed acclaimed Irish mural artist, FinDAC to paint his iconic version of an Apsara on the Phare circus building. French and Argentinian street artists Marlène d’Angelo, Arthur Serfaty and Martin Privateira (alias ROMA) also took part in a week of hip hop, graffiti and mural painting, stencils and face painting workshops.
Starting in 2019, the event has grown into a city-wide festival, bringing together artists and local businesses to engage the community in art and culture and contribute to the unique identity of Battambang.
Originating in street art, ‘urban art’ refers to all forms of visual arts in an urban setting inspired by the location’s architecture and lifestyle. For us, urban art also embodies forms of urban performing arts embraced by today’s generation such as hip-hop and circus. In addition, food, fashion and the surrounding architecture play a big role in not only defining the identity of a community but also bringing the community together. We believe a community-driven urban art festival must involve local food and fashion alongside the visual and performing art creations. 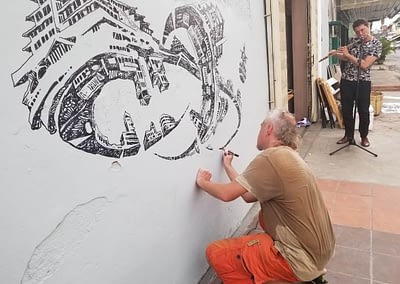