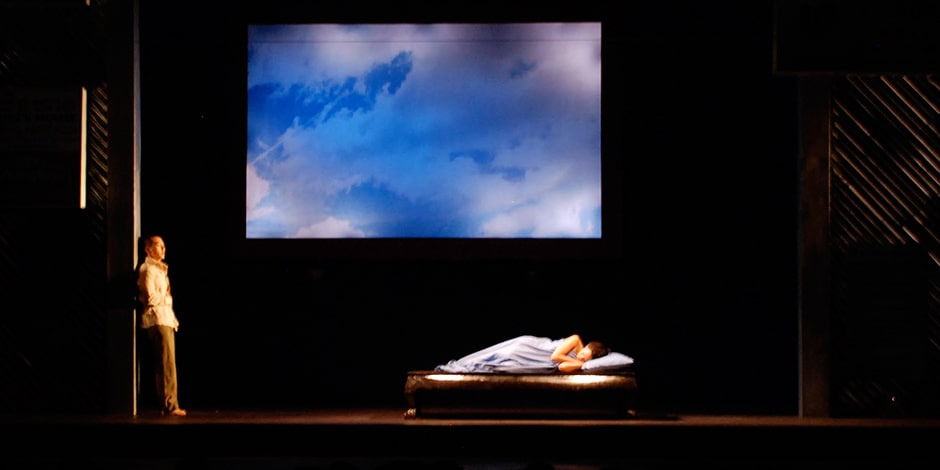 Shakespeare’s Romeo and Juliet has been retold countless times, and so has the old and similar Cambodian love story Tum Teav.

Where Elephants Weep is the first Cambodian rock opera. It tells a modern story about Cambodians returning to their country following 30 years of civil strife. Loosely based on an ancient Cambodian love story, the opera follows Sam, a refugee from the Khmer Rouge genocide, who leaves America to return to his homeland, committed to finding his roots. He unexpectedly falls in love with Bopha, a Cambodian pop star. The story examines generational and social dislocations caused by war, as well as more traditional clashes with modernity.

Perhaps many Cambodians were not ready for composer Him Sophy’s work or the money it took to produce it. The revered artist spent seven years developing the opera before its World premiere produced by John Burt and Amrita Performing Arts at the Chenla Theatre, Phnom Penh, Cambodia in November of 2008. Yet, the U.S. and the rest of the world needed to hear the story and applaud the international collaboration.

It was a risky venture for Him Sophy and the Cambodian Living Arts that assisted him. With great reviews overseas there was still moaning about the production back home. Why spend money this way? This breaks our tradition!

Here is what Cambodian Living  Arts says about their project:

The opera was born out of a collaborative partnership between Arn Chorn-Pond, 40, a Khmer Rouge refugee who was adopted by a US Christian minister, and John Burt, an American producer he met during the 1980s.

In 1998, Arn Chorn-Pond and Burt founded the NGO Cambo­dian Living Arts, with the mission of recuperating traditional music in the wake of the civil war.

In commissioning a contemporary opera, Cambodian Living Arts has sought to open these Cam­bodian traditions to the very cultural forces that threaten to oversha­dow them—Western musical styles that would, in turn, have to adapt to the score’s Cambodian roots.

The opera fuses styles ranging from Western rock, American musical theater and hip hop to traditional Cambodian lullabies, yike opera, wedding songs, and funeral music. Even cell phone ring tones have a place in the score-the villain answers his phone to a reincarnated tune of a Khmer Rouge propaganda song.

I didn’t have the opportunity to see the production in either the US or Cambodia, so I have relied on listening to the few music videos that are on YouTube – and I appreciated what I heard. I reached out to my friends in Cambodia to learn what they thought and chuckled as I heard the same typical responses I would have received back in the U.S. Most people don’t get opera.

While I am the farthest thing from an opera aficionado, I do get why it was important for Cambodia to produce Where Elephants Weep, and I applaud them for it.

Cambodia’s collective pain is monumental and there are few things that can direct it, heal it, and help understand it better than music. In opera, we’re talking about the deepest love and the most devastating loss and irrepressible rage. Opera is a perfect medium for Cambodia’s collective consciousness.

Opera has been around for over 400 years. It requires an athleticism that is astounding and produces an emotional power that can be all-consuming. Opera gives us the emotions we struggle with all of our lives and offers us what matters most: the soaring peaks and the deep abysses. Kasper Holten, director of the opera at the Royal Opera House states it succinctly: “Opera can make us see, feel and hear the world differently, and remind us about being in touch with the things beneath the surface, the things that really matter.”

So take a listen to the videos and applaud Hi Sophy and the Cambodian Living Arts.

I hope that it can have a reprise, both here and abroad. Perhaps we all need to listen.

And can we all push for some decent copyright laws in Cambodia so that more original music can be created? 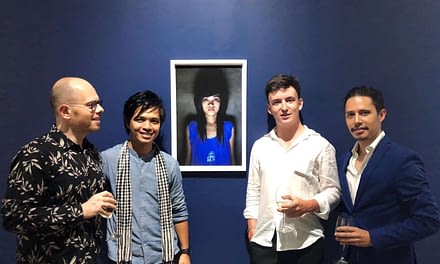