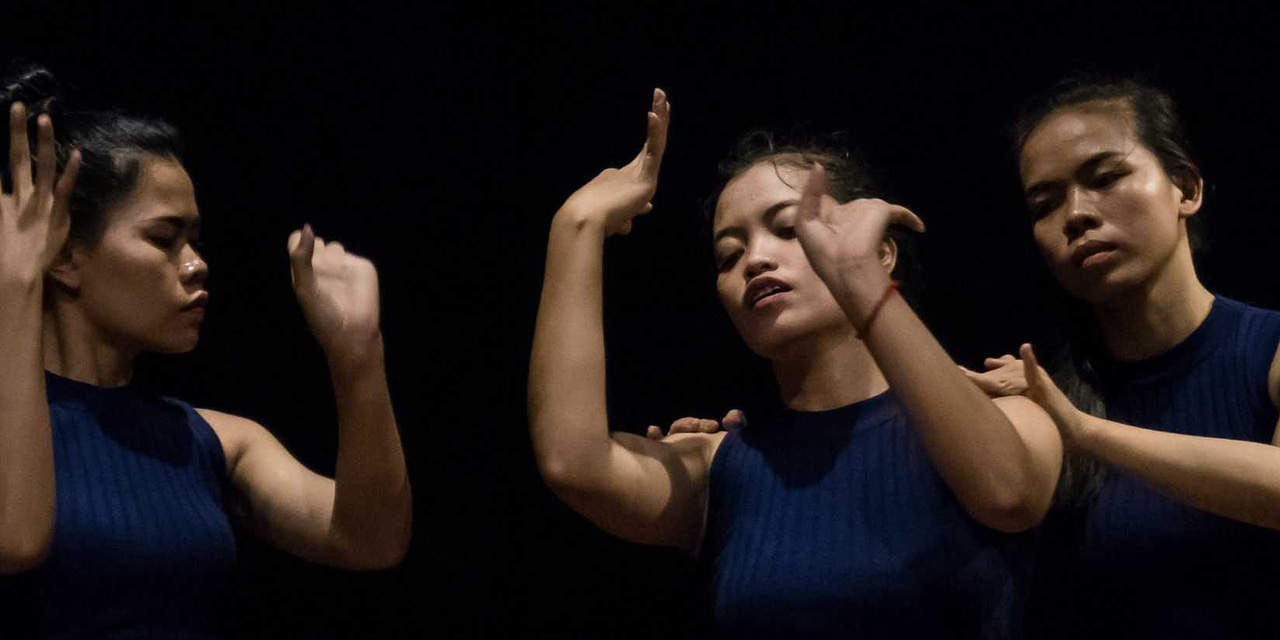 It is impossible for me to be objective in writing about the New Cambodian Artists – so I will not even try to hide my deep admiration for this female dance company in Siem Reap. Having seen hundreds of dance performances in my lifetime, these women strike me as the boldest and most intriguing I am ever encountered.

Their stories are not unlike those they share with so many others in Cambodia. They have intimately known poverty, exclusion from their families and friends for their choices to be artists, ridicule for not fulfilling traditional women’s roles, and stigmatization from the Aspara authorities for their right to dance without adhering to traditional forms.

To say they persevere is an understatement. They are the first company to be nationally certified and able to perform contemporary dance in public after they lobbied the Ministry of Arts and Culture for a year. And they also refuse to accept any boundaries for their art.

They have known each other since childhood when they studied classical dance together. To witness them giggle and waggle their tongues after an audience has left a performance is to revel in the deep friendships they share.

Starting in 2011, the New Cambodian Artists troupe came together with the help of stirring performances at temples and hotels, including a much-applauded rooftop performance at the Amansara Resort, with the dancers dressed in costumes designed by Siem Reap-based fashionista, Eric Raisina.

Now they have a permanent black box performing space on Men’s Road – a perfect street name for these brave women. It is also a completely women’s owned company, with a female manager, Sreyneang Khon.

Their artistic director is Bob Ruijzendaal.  He first came to Cambodia in 2007 to run a workshop – and he kept coming back.  Bob was a filmmaker and had run his own theater company in Amsterdam. His wife, Lilian ter Horst, is an artist. They were the perfect match to guide the dancers in their craft and to instill in them the discipline and security that would be required to make them extraordinary performers.  Bob and Lily are so proud of the troupe that when I recently had dinner with them in Battambang, Bob had his phone out showing everyone in his proximity recent rehearsal photographs – beaming all the while.

Extraordinary they are. In the last month, I have watched them grow by light-years within a few days. They advance, change, dig deeply and stretch their bodies, minds, and emotions daily. They are masters at holding tension, balance, and intensity in their bodies, facial expressions, and vocal songs and utterances. No story-line is taboo. Each dance explores history, friendship, self-doubt, family, identity, love, hate, togetherness, loneliness, and fear. No words are needed. No movement is literal. The audience simply witnesses myths in the making.

Together they are creating a new dance vocabulary that profoundly emits an emotional landscape that runs as deep as history (or herstory) itself.

Do not think that if you saw one of their performances last year, or even last month, that you have seen NCA. Their evolution is mind-boggling, even to someone like me, who performed for decades and understands the work of fine-tuning a craft.

Early pioneers like Martha Graham, Isadora Duncan, Mary Wigman, Marie Chouinard, Maud Allan, Loie Fuller, and many others can be felt standing behind NCA and their disciplined efforts. 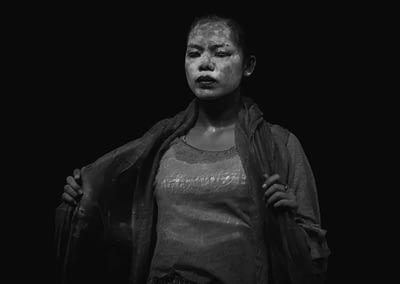