Medha – The Women Who Broke the Taboo 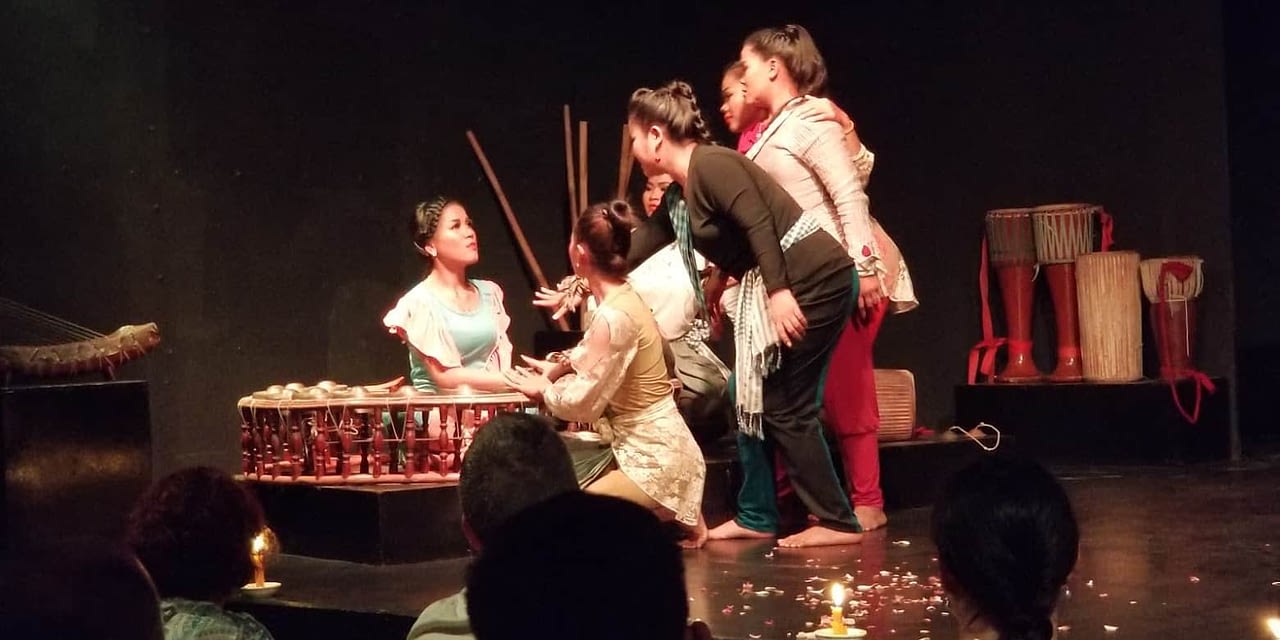 It was taboo for a woman to touch a drum in Cambodia. Medha turned history into herstory.

Music is a life force behind the human experience. It emerges out of culture and in turn, it can shape and influence culture. Its power can be used towards emancipation – or as a destructive tool for domination.  Power is omnipresent.

Perhaps the world’s most powerful instrument is the drum. They communicate ecstasy, danger, communion, and war.  In the New World, slaves were forbidden to beat the drum. In Cambodia, it was the women who were forbidden.

That all changed in January 2017 when a small group of young women altered the direction of Khmer history.

They call themselves Medha (Ma-tia), meaning sageness, sagacity and the willfulness to move forward.

Despite all attempts to discourage them, they volunteered to learn to play drums with the support of Cambodian Living Arts (CLA) whose mission is to preserve art’s traditional legacy and encourage new art forms to emerge. It was Song Seng, CLA’s Heritage Hub Program Manager in Siem Reap, who allowed the issue of male dominance in Khmer music to be addressed. By reaching out to a larger audience, a few women arrived. They were already trained in other traditional Cambodian dance and music styles, but they could never approach a drum. Sous Sopheak, a traditional drum master, trained them. Their hands became swollen and bruised. Their facial expressions hardened. Their muscles strengthened. Their voices cried out to each other to hang in and hold on. They lost consciousness from the fatigue and heat of long rehearsals. They injured themselves from sending all of their energies into the drumming. They persevered the training while sweat poured down their bodies. They went home exhausted each day but refusing to listen to the pleas and admonishments demanding they stop.

Within a few short years, they polished an original show and never shied away from public speaking. They proved they could play as well as men. They discovered their strength and their shared devotion to receive national and international attention. They experienced an intense eagerness to inspire other women and compassion towards themselves and each other.

I have seen them perform and speak at both huge and small gatherings. The band leader is Saing Sreypich and she courageously uses her vulnerabilities as her strength, offering her voice to tell her personal story concerning the severe challenges she met as a woman learning to play the drums.  Family members, friends, and culture worked arduously against these brave women. After all, they were breaking the rules. They were supposed to stay home, be housewives and mothers, and if they took up an art form, it had to be Aspara dancing, singing or another traditional role for women.

To my knowledge, only one woman was persuaded to quit the troupe – and more have joined. They are adamant about protecting each other and share the deep urge to play the drums and see the world. This they all declare openly and loudly: We love playing drums, and we will not stop.

Why is Medha so transformational?

Medha, and the men that encourage them, are taking profound action to bring female equality into the forefront.

They are navigating the precarious paths of cultural taboos from within. Changing gender equality from the outside rarely works.

Changing it from within is the only true possibility.

The origins of contemporary Khmer gendering have roots in a rich history of folk tales, 18th didactic poetry and religion (Jacobsen, 2012; Ledgerwood, 1990; Lilja and Baaz, 2016). In the 18th century, two didactic poems dictating the code of conduct for women (Chbap Srey) and men (Chbap Broh) were published. These codes provide “straightforward directions [on] how to behave and how not to behave” by illustrating the disastrous consequences of contradicting the established social (and gender) order (Ledgerwood, 1990: 69). I in no way mean to suggest that ‘tradition’ and ‘culture’ are static concepts: they are embedded in the infinite process of being and becoming inherent in every (but perhaps especially in Cambodian) society.

The Chbaps are still widely known and cited as a cultural more. The Chbap Srey is much longer [and us] is a list of “direct instructions and prohibitions that apply to women” (Ledgerwood, 1990:142): women in the Chbap Srey are constructed as entirely relational beings whose conduct impacts not only her (and her karma) but her family, husband and community. Women are valorised in their absolute devotion and subservience to their husbands. To do otherwise is to become evil (Ledgerwood, 1990: 100–101): “another kind of girl when she sleeps she turn her back to her husband/we consider as a bad snake and it shouldn’t be let into the house” (Wong, 2010: 22).

The Taboo of Sex Within Gender Based Violence Prevention: Localising The Gender and Development Paradigm in Cambodia, Journal of International Women’s Studies Vol. 20, No. 3 March 2019 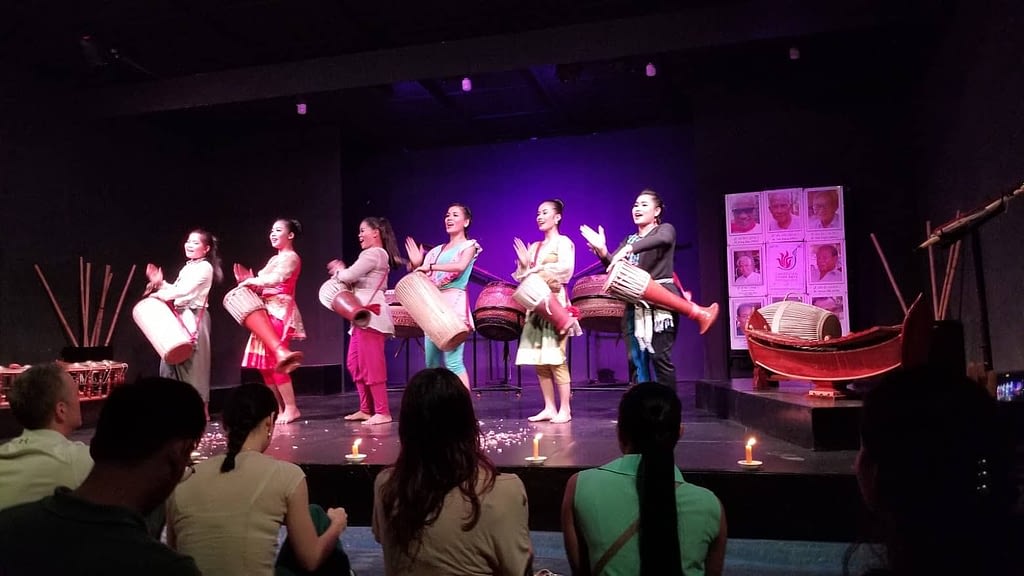 Medha attracted the attention of two women actresses and filmmakers in Los Angeles.  Katy Harliss and Tori La Desma were determined to tell Mehda’s story authentically and committed to spending time in Cambodia and hiring a crew made up entirely of local Cambodian filmmakers. Award-winning Bora Sao is the cinematographer for the documentary. The team projects a  2020 release of Where The Roots Lie, which aims to promote gender equality in the arts in a developing country.

And now Medha performs and sends their messages and stories to all that will listen.  This is Medha. They drum for us all.

Thanks to the collaboration between Cambodian Living Arts and Bambu Stage in Siem Reap, Medha can now be seen Monday through Saturday nights in a performance called Forbidden Rhythms. The magical outdoor setting is glorious. Explore Bambu Stage and make your reservations. They dance, drum, and chant with original compositions, choreography, and contemporary storytelling…and leave you clapping with a fierce admiration.

I see you & Khmer Dogs – Poems by Yeng Chheangly