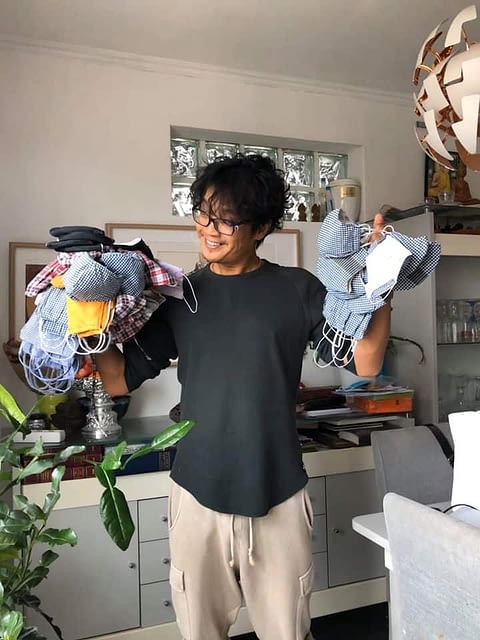 The most powerful symbol of Cambodia transforms for the times, thanks to the entrepreneurship of Mok Rotha.

Kramas are the traditional scarves worn by men, women, and children throughout Cambodia’s history. Utilitarian and handsome, they are used for almost every imaginable purpose from baby hammocks, belts, baskets, swimwear, headgear, and neck scarves. They announce solidarity and pride in Khmer culture and a long legacy of surviving horrendous challenges.

It made perfect sense when Rotha’s Facebook page began filling with photos of his Kramasks – the name coined by one of his friends. And it made even more sense that he was sending them all over the world. He is a serial entrepreneur, film producer, and a fervent and generous supporter of Cambodia’s arts and culture.

Born in Cambodia and raised in France, Mok Rotha is a perfected profile of an accomplished intellect who never stopped caring for and exploring his origins. His gracious manner is natural and his talents considerable. It is no wonder his first response to the Coronavirus was to pull out his sewing machine and stoop over it day after day – symbolically sewing the kramas.

One of the most endearing traits of Cambodia is Khmer’s ability to accept strangers at face value. No one who arrives with openness and respect is treated like a stranger. True relationships are made with spontaneity and earnestness that I have seldom experienced in my travels. I didn’t connect with Rotha in Paris, but ever so briefly at an art exhibition in Phnom Penh. We had shared on social media and I had learned of him from many other friends and my research on contemporary film in Cambodia.

He did not know of my long-standing respect for Ariane Mnouchkine and the Theatre du Soleil since their 1967 production of my friend and playwright Arnold Wesker’s The Kitchen. I knew he had worked with her and smiled internally. He never asked how I had learned about him or if I had seen his film California Dreaming that he had produced. He never asked if I knew of his work with Anti-Archive or his co-production of their new film Time Moving Forward, directed by Kanitha Tith. Or of his technology background or non-profit work.

The magic of conversations in Cambodia is that you don’t need to ask. Lives just find a way to weave together, just like the cloths of every krama.

All Mok Rotha asked me when I complimented him on his krama masks was if I wanted one and where he should send it. Free, of course. I smiled internally again.  A few days later, Frédéric Bourdin, the Mayor of Domont, France,  came to Rotha’s home to get masks to distribute to nurses who urgently needed them. 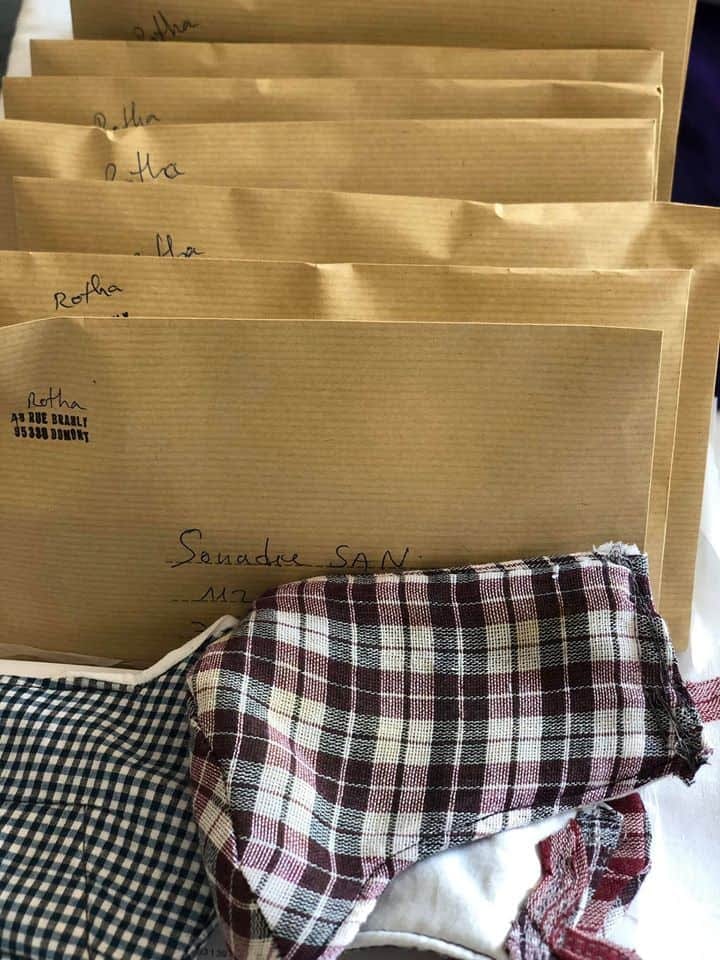 I've never been good at elevator speeches when someone asks you 'what do you do'? I have graduate degrees and all kinds of other credentials, but they mean little to me. I've been a librarian, pineapple picker, one-room schoolhouse teacher, serial entrepreneur, restaurant owner, theater director, radio and TV scriptwriter, and dozens of other things. I lived with the homeless, traveled solo like a Peace Pilgrim, and spent most of my years as an actress. I direct a non-profit charity supporting the arts and started Magical Cambodia to express my awe of Khmer culture. www.livingartscorp.org.