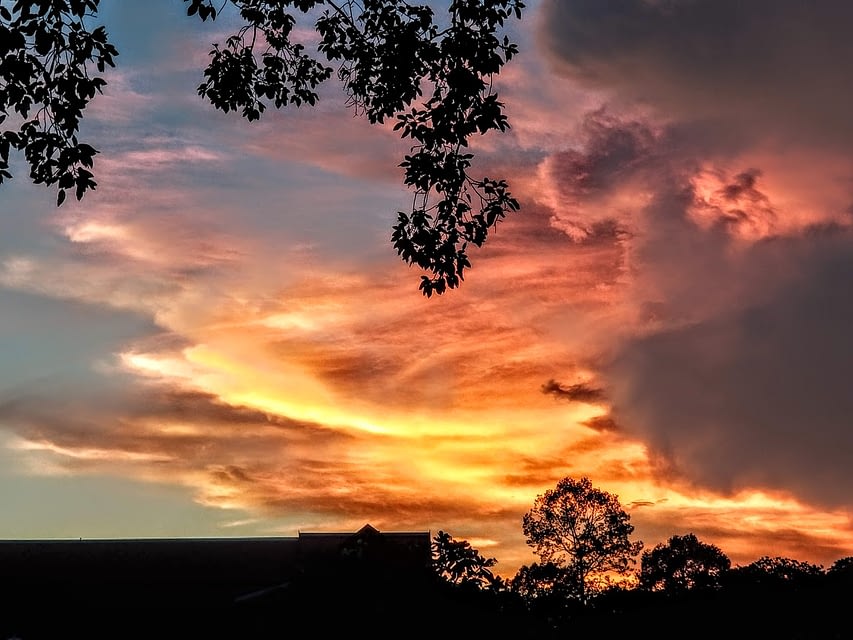 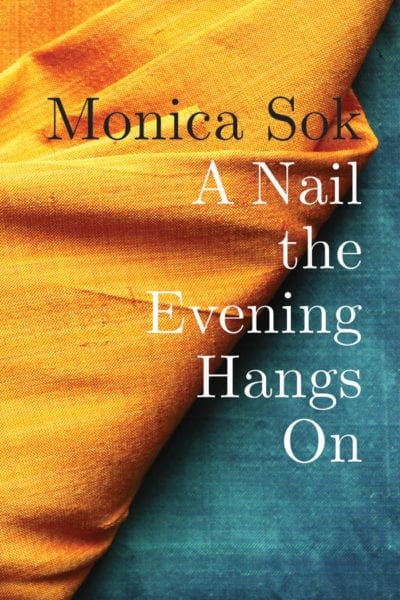 From the publisher Copper Canyon Press:

In this staggering poetry debut, Monica Sok illuminates the experiences of Cambodian diaspora and reflects on America’s role in escalating the genocide in Cambodia. A Nail the Evening Hangs On travels from Phnom Penh to Siem Reap, where Tuol Sleng and other war museums reshape the imagination of a child of refugees; to New York City and Lancaster, where the dailiness of intergenerational trauma persists on the subway or among the cornfields of a small hometown. Embracing collective memory, both real and imagined, these poems move across time to break familial silence. Sok pieces together voices and fragments—using persona, myth, and imagination—in a transformative work that builds towards wholeness.

Monica Sok is a Cambodian American poet and the daughter of former refugees. Her work has been recognized with a Discovery Prize from the 92nd Street Y Unterberg Poetry Center. She has received fellowships from Hedgebrook, the Elizabeth George Foundation, the National Endowment for the Arts, Kundiman, the Jerome Foundation, the MacDowell Colony, the Saltonstall Foundation for the Arts, and others. Currently, Sok is a 2018–2020 Wallace Stegner Fellow at Stanford University and also teaches poetry at the Center for Empowering Refugees and Immigrants and Banteay Srei in Oakland, California. She is originally from Lancaster, Pennsylvania.

Monica Sok’s new debut book of poems, A Nail the Evening Hangs On, conjures a lot of images for me. That single nail is there on the post of a thatch roof home somewhere in Cambodia. It hangs on a somber evening, full of questions or fear like the dark churning sky set to rain. It hangs seemingly everywhere.

Published by the prestigious Copper Canyon Press, Monica writes from the experience of a child born in the US to Khmer refugee parents, whose world has long been hidden from her. She grew up with only an inkling about what it was like for her parents to come all the way over to the US. She grew up hearing bits and pieces of the genocide. Like many Khmer children her age, she often wondered about the country of her parents through the mirror of her complex world, where few things are really clear – when silence kept her guessing. This makes her writing even more interesting because of this duality and the complex search for understanding.  She felt her parents’ experiences were being transferred to her through the way they lived. The silence they conveyed spoke volumes in her heart.

I am in her parents’ generation. I was fortunate to survive the genocide at an age where nothing had made much sense. It was when I became literate in English, growing up in the US and going to school that I incrementally read into my own history and understood an entire effect on my physical and psychological well being. In college, I was finally able to interpret what I understood and transform it into something positive. This learning formed and shaped my way of life and how I chose to connect with my internal humanity to process the good from the bad. It was then that I began piecing on my own the puzzles that had haunted my flight and what I had to cope with during my life in the US. The stark reality between Cambodia and the US was so different that I went into a period of depression. I could not speak. It was writing that helped me. The literature of the America West took me places.

And this is what Monica turned to as well. The realm of books and literature, of words she can compose to make sense of life and the trauma one can incur directly or indirectly through birth. This is why, when I read A Nail The Evening Hangs On, I find myself in her quest for truth into the world of her parents.  She wants to dissect the history once and for all, and somewhat be able to let go of the nail that her evening hangs on.

She bought a plane ticket and flew to the country of her parents. From Phnom Penh to Siem Reap, she traveled looking for the things her parents would experience, including the dark aspects of their lives. She found plenty in films, in the things people said, in the naked view of poverty and cruelty all in plain sight, the killing fields and the genocidal museums. She is caught in juxtaposing her level of comfort as an American and her parents as survivors. In her composition, everything is intermixed. Fiction and truth-telling blend with real family members who perished or were missing from a full picture. She articulated what she saw as museum pieces, where all the whitewashed walls were full of death, skulls, and skeletons, littering even the rice fields.

In a way, she was lucky to be born an American, whose wall with nails that hang her favorite framed pictures, maybe a painting or a photograph of mom and dad, a family portrait of lucky siblings enjoying the opulence of their American lives -or is she?

That’s the question. It hangs to a nail. The evening freedom and security felt fragile and fleeting. A thatch-roofed home of a Khmer family, out there far in the countryside, the sense of isolation and poverty remain for centuries the same. Life is stuck in a time warp. The nail is a snag, a toothache, a punctured heart, a question in need of an answer— any answer will be fine, true, or not. At least, it gets the conversation rolling about her parents’ past. Monica Sok became an astute observer and learner of words and their power to express what her parents couldn’t. It was through their silence that every story was heard. The silence of struggles, war, and genocide. In silence, her parents kept her protected.

Let there be no harm come to my child as it had come to us. The indescribable cruelty her parents fought to keep in secret is now in full view. She finally understands how it had all been transferred through bloodline to her –  the same violence and fear of running and escaping death.

In her poetic voice, The Nail the Evening Hangs On is a picture of the torture prison and the killing fields where tourists now pay to enter. Visitors browse through the ditches, separating men, women, children, senile and able-bodied. Each has a ditch of their own.   They had received a good beating with a club or taken the bullet spray to their death.  What visitors could not see were the voices and bodies all together moaning and begging to be spared.

The power of poetry can take a reader into ugly, foul places with polished arrangements of fear, violence, trepidation, and horror. But it also leaves the space for hope and celebration; the resiliency of surviving; of forgetting and forgiving, moving on past the veneer of pain and suffering. A writer’s power is the arrangement of words, her pen, her laptop, and her internal process of peering into things others may overlook.

A Nail The Evening Hangs On cast a big shadow on the dim-lit hole where prisoners of Tuol Sleng received their meal or their empty bowl to urinate and relieve themselves. Monika Sok sees the evidence full of violence, and she grasps how her parents still see these images through dreams and loneliness, lugging their existence into a country where they are physically safe but psychologically insecure. Their past follows them in silence and in secret. The corridors leading them to freedom and safety hang on a nail like a question, a prick, or jab.

Through poetry, Monica found some answers to her own questions, her quest. It also brought her bewilderment. Baffled and struck by the nature of human cruelty and indifference, she sees the signs of the past reliving in the presence.  History is taken, erased, or manipulated to suit the demagogue or the tyrant in a country her parents barely mentioned.