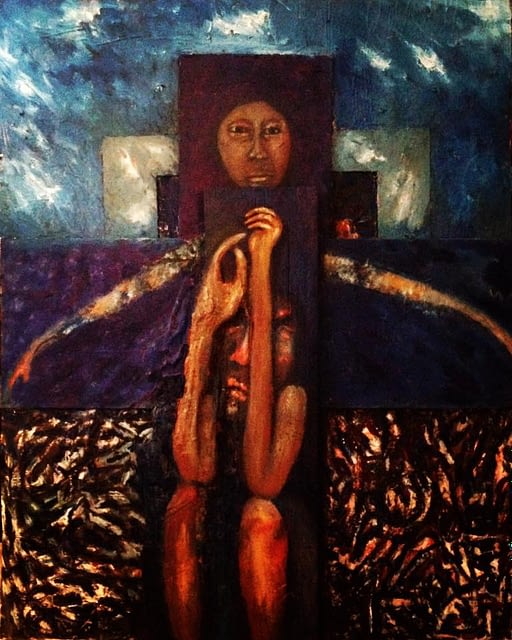 Rap may have been born from the streets and the culture of African-Americans, but in Cambodia, it has ancient roots. Poetry was often recited or sung. The passing on of stories and various forms of narratives started with the speaking tongue, in rhymes, and improvisation.

The Ayai and Chepey were often improvisations that can be a satire of something, or on the subject of the occasion, marriage or sex. The singer introduces himself or herself, thanking everyone in the audience, and humbly ask that any wrongs be forgiven. The Chepey person is often a one-person show, strumming the three string Chapey Dong Veng, singing, and making it up along the way. The Ayai, on the other hand, is often a duet, between a man and a woman, responding to each other, in whatever subject happened to come out. Maybe it’s about New Year or maybe about life living as a Khmer in France or the United States. The singer sets the stage and tells a story that is often very funny, captivating, and entertaining to the audience. A Chapey player can sing about anyone – if she has been invited into the palace, she might sing about the king, praising him, or making fun of him in a harmless way like the court jesters of old.

The individual player has a general idea of what will be sung and allows the flow of words and rhymes to spontaneously emerge, by the beat of the strumming Chapey. It’s the same with Ayai, the duo interact by responding to each other’s vibes. The performer decides the beginning, the middle, and the ending. This is similar to how rap music is performed. Both use the existing tradition of singing the spoken words with beats and rhymes, with the breathing – intuitively knowing when to begin and end, where to pause, exhale, and inhale. This is contemporary literature and ancient at the same time, coming into its unique position in the context of Khmer culture, experience, and experiences of their time and place.

Rap, in modern Cambodia, in a way is a natural fit. Young people are drawn to it because they can tell their life’s story, good and bad as if they are reciting a poem. Often each song is an epic proportion, already rooted in Khmer traditional ways of writing and reciting poetry. When young people off the streets of America started to rap, maybe they weren’t thinking of this link. They probably didn’t know of Ayai or Chapey and the various possibilities of wordplay they could have on stage. Nevertheless, rap, though now a global phenomenon, owes in part, at least in the Cambodian context, its genetic spring to how Khmer traditionally told stories.

PraCh Ly, a young man who grew up in Long Beach, California, started to rap, using a Karaoke machine to record and create his background beat. His first album taken to Cambodia was an instant hit. Since then, rap has now filled the radio wave of the Capital. His album Dalama…the end’n is just the beginn’n is raw narratives about the experiences of his parents, the genocide, and his struggles living in the US. The lyrics soar with images of the violent background his parents had carried into the new world, and how they hid the truth from their kids, thinking they were protecting them from the pain and suffering they had endured.

PraCh Ly has become one of the community leaders in Long Beach, California, where the largest Cambodian population resides outside of their homeland. He is the founder and director of the Cambodian Town Film Festival and a regular participant as a musician in the Cambodian Music Festival that takes place annually, where Cambodia musicians across genres can share their talents. The festival serves as a way to build community, forge identities, and instill pride. What better way than through music? To learn more about the music festival in Long Beach, contact Silong Chhum.

“CS” Chantha Sok and Yung Tee are Cambodian rappers who made it to the top ten best Khmer rap artists. CS came to the US with his mother and five other siblings. Like many other Cambodians, his story is very similar. We are the least successful of the model Asian stereotype, due in part, to the traumas and what our parents concealed from us. For Sok, it was like entering into a second war zone growing up in the US ghettos. He was bullied and attacked for being different. Rap became a way of expressing himself, which led to other searches and links to identity, culture, and history. Through rap he found answers to the interpersonal turmoils that baffled him while growing up, not understanding much of the world’s cruelty.

Kosal Kiev became internationally known as a spoken word artist from a country he knew nothing about before being deported and dumped in Phnom Penh with little or no guidance. Though he started writing while in prison in the US, it was rap and spoken words that helped him cope with the reality of being repeatedly abandoned and rejected in America, a democracy that claimed to be a country of human rights and law-abiding citizens.

The deportees had all served their time and they had all made amends for their wrongs or their crimes, yet they were kicked out into a country that took them in because the government received large amounts of payment that cost the US government little compared to feeding and sheltering each prisoner throughout their prison term. The US is a country of incarceration and most people are committed for minor drug crimes, theft, or larceny. The deportees, however, had done serving their sentence, and some had moved on, working, raising a family. All of a sudden, they were rearrested and taken out of the country to be dumped into another, where only the history of their parents linked them to a second or third form of violence and despair.

Kosal Kiev now sings about the world. He sings the wrongs of the world and what love can do to right everything. Now, a husband and a father, he writes urgently with the hope that someone out there will listen. This is poetry, this is spoken words, this is rap, this is Ayai and Chapey Dong Veng, this is the story of Tum Tev, when a poet was asked to recite an oracle prediction, a seer with poetic eyes into the future.

The story is all we have, and every culture and group of people find a way to express what they learned and experienced. Poetic language or our given mother tongue can take us out of the body and out of mind, away, distancing, or coming up closer so we can give voice to the unutterable and indescribable.

Google Khmer pride or Khmer rap artist. You find an array of young rappers in the English language, all on Youtube. They take the form and body of a gang, full of tattoos, with an American cap worn sideways, jiving to one of the oldest forms, yet a contemporary form of reciting or singing a poem, rhyming about the violence and the injustice of the American reality.

On the Khmer language side, I am particularly drawn to one of the only few female rappers, Jessica Srin, or MC Lisha. She sings about the women’s role in Khmer society, where marriage and family are the top priority for a girl and education is last to nothing. She is raw and brash, but a true trailblazer in a country whose leaders sit in the comfort of oppressive and repressive schemes. She collaborated with another female singer, Sreyleak, to mix traditional form of singing with rap, call Kal Kjom Pi Kromon, mocking the very banality of a Khmer arranged marriage system and cultural and social expectations of young girls at the mercy of men.

Nowadays, to make a record or an album does not require a contract of a record label. Ingenuity and persistence are what it takes to make it in the music world, and it’s encouraging to see how this genre is flourishing among Cambodians inside and abroad, rapping from the US, Australia, France, and Canada. Khmer faces and bodies with different lives and experiences.

If we are willing to listen and learn, we can witness Cambodians writing, reciting their poems, singing, and dancing themselves out of darkness into the light of contemporary life full of predicaments and uncertainties. Their words are redefining what it means to be alive, Khmer, and a citizen of the world. 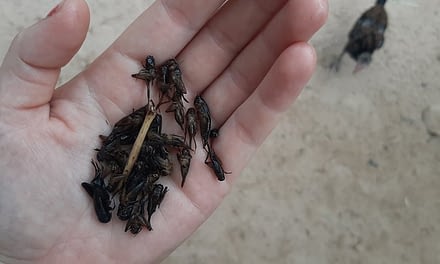